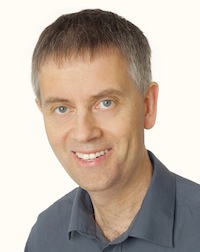 Present position: Professor at and group leader for Robotics and Intelligent Systems (ROBIN) research group at Department of Informatics at University of Oslo

I have got a Dr.Ing (Ph.D) degree in computer engineering from the Norwegian Institute of Technology (1996). I was doing research in the fields of artificial neural networks and parallel processing. As a part of my research I have been a research student at Kyoto University, Japan for one year.

After finishing Ph.D., I began working for NERA Telecommunications. I was involved in designing a digital power line carrier system. Then in April 1998, I was employed by Navia Aviation for designing a satellite-based flight landing system.

I November 1997, I made a research and publication trip to Japan and New Zealand. From January to April 2000, I was a visiting researcher for three months at Evolvable Systems Lab, Electrotechnical laboratory, Tsukuba, Japan.

August 2010 - July 2011, I was a visiting professor at Cornell Creative Machines Lab.